If you just want to use metadata ingestion, check the user-centric guide. 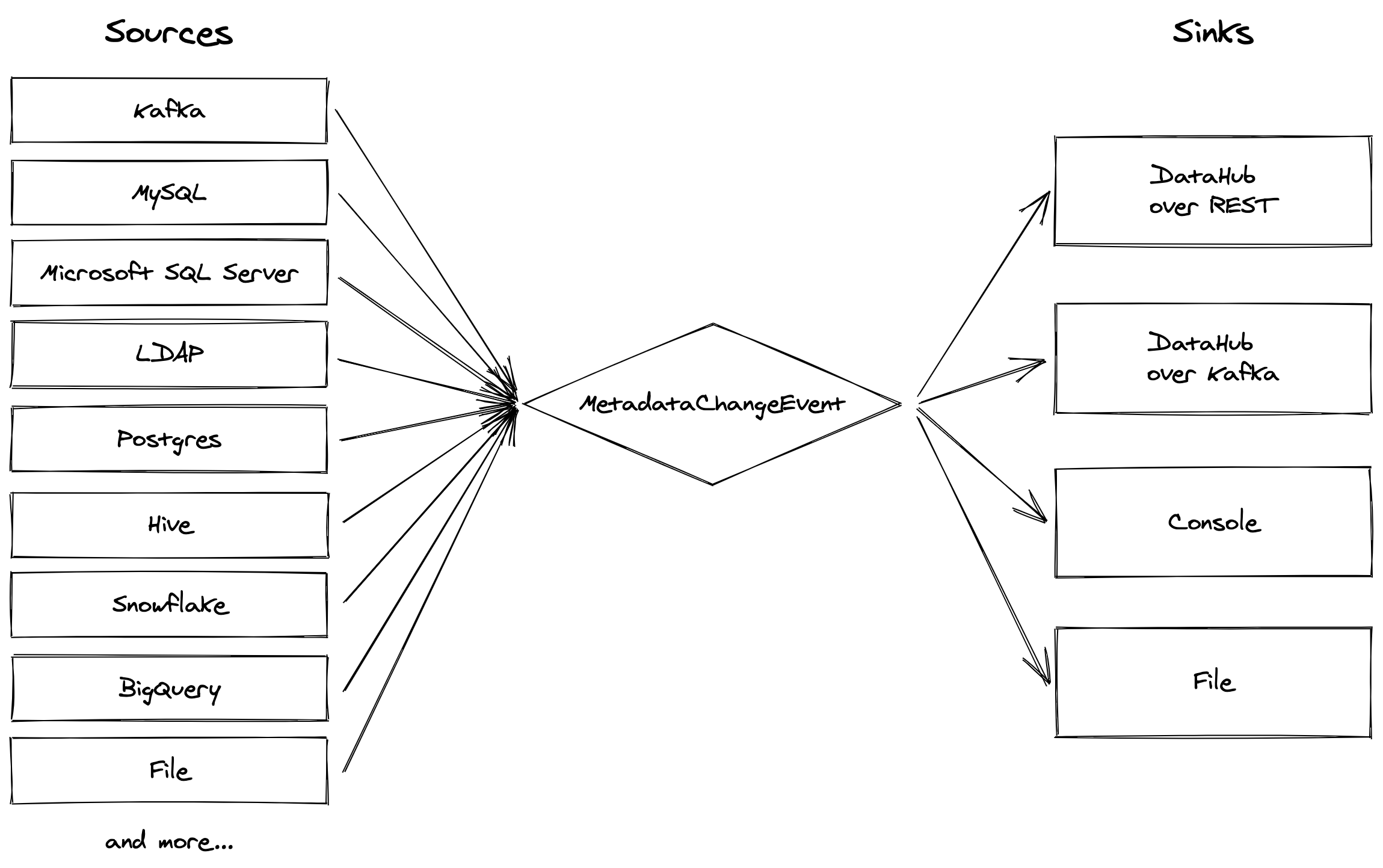 The architecture of this metadata ingestion framework is heavily inspired by Apache Gobblin (also originally a LinkedIn project!). We have a standardized format - the MetadataChangeEvent - and sources and sinks which respectively produce and consume these objects. The sources pull metadata from a variety of data systems, while the sinks are primarily for moving this metadata into DataHub.

Set up your Python environment#

The syntax for installing plugins is slightly different in development. For example:

Also take a look at the guide to adding a source.