The figure below shows the high-level system diagram for DataHub's Serving Tier. 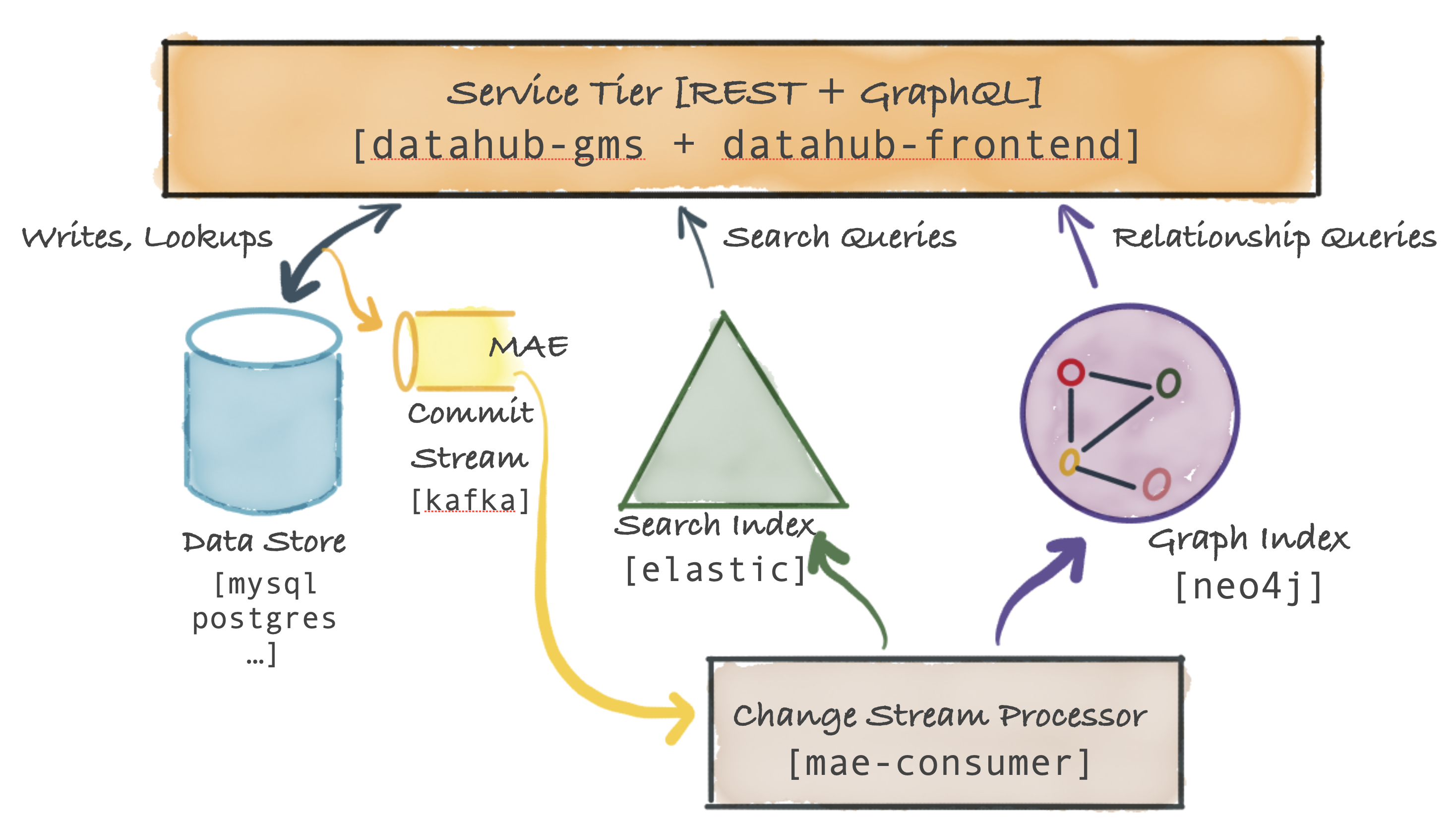 The primary component is called the Metadata Service and exposes a REST API and a GraphQL API for performing CRUD operations on metadata. The service also exposes search and graph query API-s to support secondary-index style queries, full-text search queries as well as relationship queries like lineage. In addition, the datahub-frontend service expose a GraphQL API on top of the metadata graph.

The DataHub Metadata Service persists metadata in a document store (an RDBMS like MySQL, Postgres, or Cassandra, etc.).

The DataHub Service Tier also emits a commit event Metadata Change Log when a metadata change has been successfully committed to persistent storage. This event is sent over Kafka.

The MCL stream is a public API and can be subscribed to by external systems (for example, the Actions Framework) providing an extremely powerful way to react in real-time to changes happening in metadata. For example, you could build an access control enforcer that reacts to change in metadata (e.g. a previously world-readable dataset now has a pii field) to immediately lock down the dataset in question. Note that not all MCP-s will result in an MCL, because the DataHub serving tier will ignore any duplicate changes to metadata.

To ensure that metadata changes are processed in the correct chronological order, MCLs are keyed by the entity URN — meaning all MAEs for a particular entity will be processed sequentially by a single Kafka streams thread.